Brands and influencers – the struggle is real 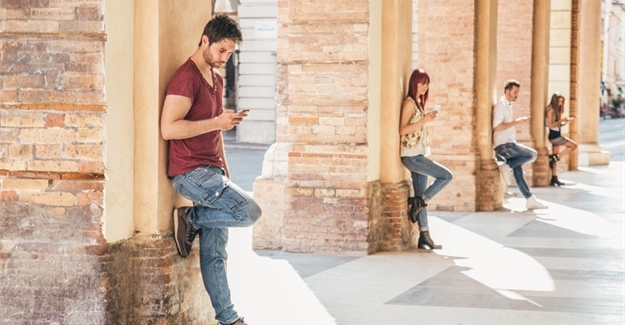 Brands in South Africa are slowly but surely starting to understand the influencer landscape. They are largely dependent on their public relations teams to educate them on this matter. But if the PR teams themselves don’t understand it, there is a problem.
On the flip side, because some brands don’t know any better they buy into anything third party consultants tell them about the landscape because it is sold with such confidence, but unfortunately not all the information relayed to them is correct.

I’m going to try to make it simple.

What brands don’t understand yet, and need to; is that although a blog’s unique visitors are important, it’s not the be all and end all. A big hoo-ha is made over these stats and is often the deciding factor in meetings to determine who is or who is not to be used for campaigns. Don’t get me wrong, I don’t dispute the fact that those with big numbers aren’t influencers; they are without a doubt, but who they are talking to? In other words, determining who their audience is; is a much more important question than determining their unique visitor stats.

Brands are finally factoring new media into their budgets, but now they are blinded by unique visitors. As PR consultants we are still trying to get brands to realise that the number of followers someone has on social media doesn’t dictate their influence, and similarly we need to start educating our clients with regards to blog numbers too.

The fact of the matter is that if a blog gets 100,000 unique visitors a month, chances are that any product or brand could be featured on the blog and visitors would see it or more likely glimpse over it – if it’s random. If the blog is not geared towards the right audience for a brand i.e. the right target market the brand wants to create awareness with, it doesn’t really matter how many people see it because they won’t care for it.

The brand will be wasting its precious budget on a big influencer (with the incorrect audience) because, let’s face it, that blog’s stats would go a long way to impress the big bosses when reporting time comes. But what percentage of the 100,000 visitors were actually influenced?

When PR teams put together influencer strategies, we constantly need to ask ourselves whether the proposed influencers are talking to the correct market for the brand. Is it their niche? If not, move right along even if this person is the “IT” or popular influencer at the time.

2. It’s bad for the influencer’s reputation. They will be alienating their hard-earned audience by posting about random products or some that are only vaguely related to their niche. For instance, just because a blog’s audience is mostly women, this doesn’t mean they should post about baking if their niche is beauty. Of course some of their audience probably bakes from time to time, but readers aren’t visiting that particular blog for baking tips, they read it for the latest beauty product or industry news. I can guarantee the influencer will start losing credibility and traction over time. PR consultants should also ponder as to why any sane influencer would agree to post about something that’s not part of their niche?

If there isn’t a big influencer playing in your brand’s space, it sometimes pays off putting budget towards a couple of smaller influencers speaking to the right audience. These influencers may not have the big hit rate, but they have a loyal fan base that they influence on an on-going basis and who they can potentially convert into a loyal fan base for your brand. Isn’t that what brands want at the end of the day? A legion of organic brand ambassadors?

Another important element that some PR consultants and brands tend to forget is that not all influencers are right for every campaign.

In South Africa we often see the same influencers on every campaign from beauty, food, entertainment, gaming etc. It baffles me how brands think that these influencers speak to and influence all of these audiences? Or do they perceive this handful of influencers to be the “IT” influencers right now? I can understand if the influencers focus on lifestyle as they speak to a wide audience with different interests, but if they have a definite niche, what are PR consultants and brands thinking?

PR consultants should make a habit of booking a couple of hours a month into their diaries to do some research into the lesser-known influencers with high engagement rates in the markets that their brands want to talk to. It’s not that difficult to do – Google and social media are your best friends. Another technique is to talk to friends or colleagues and merely ask them whose blogs they’re reading lately and why.

It’s important to find the up and coming, fresh-faced influencers and to cultivate relationships with them before they become big. Influencers remember who supported them when they started out and will show more loyalty to those brands in the long run. They will also be more open to give brands extra added value than the bigger influencers.

In conclusion, the next time the same influencers are suggested for campaigns, do a bit of research first to find out whether they truly are the right fit for your brand and the messaging that you are trying to push.