Don’t Fight A Social Media Wave That You Can Ride 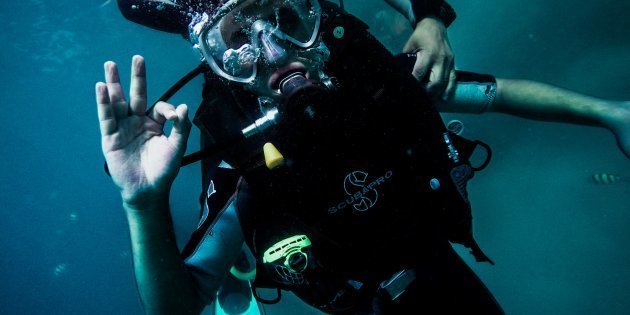 If your brand does not know how to engage in the matter online properly, rather stay mum. This will do less reputational damage.

The hashtag #JoziDivers started trending on Twitter a month ago, with 5FM getting in on the hype. If you’re not in the industry, you might have been fooled into thinking this was a complete coincidence and that Roger Goode found this interesting enough to talk about to more than a million listeners on their daily commute. But in reality, this was a very well organised PR stunt/activation.

#JoziDivers was an activation that saw people around Jozi going about their daily morning routines in flippers and wetsuits, and others “swimming” in various water features. Later during the said day, it was revealed that it was an activation by alcohol brand Flying Fish, “taking the mundane out of our Monday”.

At first, I thought it was a great stunt. I’d never before heard of Jozi Divers, and they must have a huge budget to get so many influencers, a national radio station and the likes of eNCA involved. Who are they?

I started doing research and realised they were a diving company in Jozi, but what baffled me was the fact that their social media was shocking – it had no bio or link to their website, and they hadn’t been active on social media for more than two years.

How could a brand launch such an engaging campaign if they didn’t have their ducks in a row?

At this point, I tweeted some advice to them, because it was quite embarrassing. It soon became clear that the campaign was not linked to Jozi Divers in any way.

This was even more embarrassing for whoever came up with the campaign idea – as it looked like very little research was done beforehand. The owner of Jozi Divers was enraged, and went on a Twitter rage, to say the least.

From a PR point of view

As a PR professional, I didn’t understand Jozi Diver’s outrage – because all I saw was a fantastic opportunity for them to hijack the hashtag and create awareness for their business. That is the easiest form of PR – and the most cost-effective too.

Jump at the chance to engage with thousands of potential Joburg clients. Unfortunately, he didn’t see it that way – and instead left anyone with whom he engaged with a negative impression of his company.

Although I saw an opportunity to leverage and get his brand out there, I did however have a couple of issues with the #JoziDivers activation:

On the flip side, I was also almost dumbfounded as to how Jozi Divers handled the situation on social media. Granted, whoever was managing the handle didn’t seem social-media savvy at all, but this is no longer an excuse in 2018.

This was a stellar opportunity for some great PR, as people were already engaged on the hashtag, and some assumed that Jozi Divers was behind it all. Engage, engage, engage!

#JoziDivers was a perfect example of how by not doing simple research, you can tarnish an otherwise fantastic campaign/activation – as well as give an excellent opportunity to another brand to garner awareness.

This is yet again an example of why PR teams need to be involved in all public communication, to prevent reputational damage. It’s of utmost importance that PR teams be consulted before any communication is pushed out online or otherwise.